My Letter to Stephen King 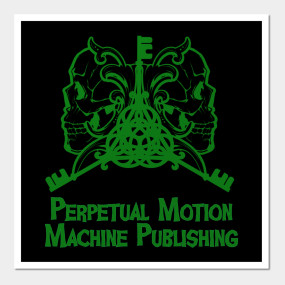 The crux of this article is a letter I wrote because I wanted to acknowledge the one man that has influenced me the most in my life with books. I wanted to thank him for touching me in such a special way and for inspiring me to come as far as I’ve come. It relates a series of events I refer to as “My Stephen King Complication”. Of course when Lori invited me to be part of the Unofficial Stephen King Month at the Dark Moon blog, this is the first article I thought about.

What follows is a letter for Stephen King; within its words resides a big piece of me. At the time I wrote it, I didn’t know if I’d mail it one day. Though fear of rejection kept me from sending it for a long time, it didn’t stop me from sharing it with you.

Some things have changed since those days. First, I finally worked up the courage to send the letter to Mr King. I’ve yet to receive an answer, but I’m not letting that stop me for dreaming.

Second, I’m now the proud owner of an autographed copy of Joyride, I’ve attended two events where Stephen King was the guest of honor, and I even had the chance to attend a post-event cocktail (for the modicum amount of $200 per ticket) where the man himself would be mingling with the mortals. Cool, right? Yeah, I chickened out.

What? Don’t look at me like that! My husband said there was no way we could pay for both our tickets, plus the event itself. I had to be supportive and not attend, right? Right?

Whatever. Too late anyway. But I still think I might get a chance to meet him one day, with the comforting feeling of having a friend close by to smack me up in the head in case I have a panic attack.

Now that you know my cowardice knows no bounds, I leave you the cherry on the pie . . .

My Letter To Stephen King

That's how well-bred mexicans always greet someone they don't know. It's very hard for us to call someone by his first name when there's no previous relationship. My husband, however, keeps lecturing me about how stiff that sounds to Americans. Well, I was also learned that wherever you go, you do as they do. So Stephen, it is.

Hi Stephen, my name is Georgina and I'm your fan. Yeah, I know. Me and the whole horde chanting your name outside your window. I guess I'm no different to all your other fans, except for the fact that destiny has been preventing us to meet.

Ok, preventing me from meeting you. Or getting close to even your autograph. Whatever the case, I'll explain myself so you don't think I'm a nutcase and will pull an Annie-Wilkies stunt on you.

This mess started a long, long time ago, when I was a kid. I grew up in Mexico City to a very regular, run-of-the-mill, middle class family. I grew surrounded by books because my mother is a reader, but more of a romance-fantasy-mystery kinda reader. However, my father's oldest brother was an avid reader, too. His bedroom in my grandma's house, and where we slept when we stayed, was covered with horror, suspense, and thrillers. I still remember staring at those covers for hours. I was too young to read, but I dreamed of the stories those pages conveyed. Nightmares, that is. Sweet, scary, incredible nightmares. And so I realized my innate love of the genre.

I don't have to say many of your books filled those walls, that's how I knew your name for the first time. I was only elated when I found Carrie among my mom's own bookcases. I stole it from there and hid it under my pillow. I know, not the best place to hide anything when you don't make your own bed. Anyhoo, I guess my mom didn't think I could do much with it because she let me keep it. The pages became gray in the corners where I turned them incessantly, even though I could read nothing that had more than four letters.

Time passed and with my goal in sight, I became a proficient reader. Soon, I started reading the book. Except I didn't understand half of what you said. You see, reading and understanding are two completely different things, I learned. The many euphemisms and metaphors were too complex for me, and I got the feeling that I was being left out of the joke. After the fiftieth time I asked my mother "what does he mean when he says she felt tired as if she had prayed a whole rosary on her knees?" she advised me, as gentle as a yell can be, not to read something if I couldn't understand it. I was barely on page twenty or so, and I stopped.

Years later I watched the movie version and loved it, but by then my social life was getting more hectic and I'd forgotten my old grudge with Carrie, the book. It was then that my mom now decided she had to do something to instill the love of reading in me. Now that I had no interest in it anymore. It figures. She then, decided that an adventure book would do the trick and bought me The Treasure Island.

I hated it. She kept telling me how exciting the story would get, and I kept struggling to move forward even one page. I finished it after many months and two attempts to throw it away--Respect the book, mom told me, never leave a book mid-way. And I've never done. I made me a party and drank myself all the root beer my body could handle. Even to this date, fantasy and adventure are the genres I least enjoy. Thanks mom.

Of course, the next day I ran and took Carrie down from that bookshelf and finished it in two weeks. Two weeks!! After seven months with the previous one. It was clear this was my path.

I don't know if you ever toured in Mexico or did some kind of promotional appearance, but I never heard of it, so I grew up thinking authors were these semi-gods living up in the clouds where no one can find them, much less meet them.

I read a lot of your books, decided becoming a writer was not a viable option if I ever wanted to be able to sustain myself, and studied a 'real' profession. Then got married, got a child, and moved to the US. It was attending a spinning class at the local YMCA that a lady there saw me carrying the hefty book that was my read of the moment.

"Ah, Stephen King. He writes big books, but they're so good," this lady said. I smiled and was about to agree with her when she added, "I remember seeing him once in a conference talking about his books. A very nice guy, indeed."

It stopped me on my tracks. I could almost hear the angelic chant from the sky that always accompanies a great revelation. I could meet you in person! It was possible! All I had to do was find the place of your next appearance and kill if needed to be there.

I got home and looked on the internet (is there any other place?). I discovered you had an official website and subscribed, but the good news stopped there. You are not doing personal appearances anymore. Life had gotten in our way.

Do you remember that time a couple of years ago in New York City? Yeah, a personal appearance! Well, I bought my ticket, got super excited, and told everyone within an earshot that I was going to meet Stephen King. Then my husband got transferred to Montreal. Whatever. We looked for a nanny and were planning our drive back to attend when we got news that our tickets had gotten lost on the way. We asked for them to re-issue them, but those, too, got lost.

Goddammit! There was nothing else that could be done. So I cried that day and blamed the universe for keeping us apart.

Finally, through the website, I got wind of the special edition of IT. I logged in to buy my signed copy and there were none left. Fine! I, then, tried with the signed copy of 11/22/63. This time I logged in at eight o'clock and payed for my copy. Yoo-hoo! I did my happy dance all morning... until Simon & Schuster called to say there had been a blip in the system and my order hadn't passed. The copies were now sold out and they were sending me a free copy of the book. Sans signing. Are you f$%&^ kidding me?!

Ok, you know what? Fine. Life doesn't want me to know my favorite author and inspiration? I don't care. I have a theory. Now that I'm a published horror writer, albeit an unknown one, destiny is keeping us apart until we meet each other on the hallways of one of the 'big six' as colleagues.

Sorry, I was choking from laughing and eating luch at the same time. Were was I? Ah, yes. I was daydreaming.

Anyway, Mr. King, Stephen. I just want to thank you for all those nightmares, for providing me with such a great and disturbing imagination, for being my goal for so many years. I truly hope one day our books can meet each other on a shelf somewhere, if it is not for ourselves to meet.

Keep being awesome and just know how many lives you have touched and changed.